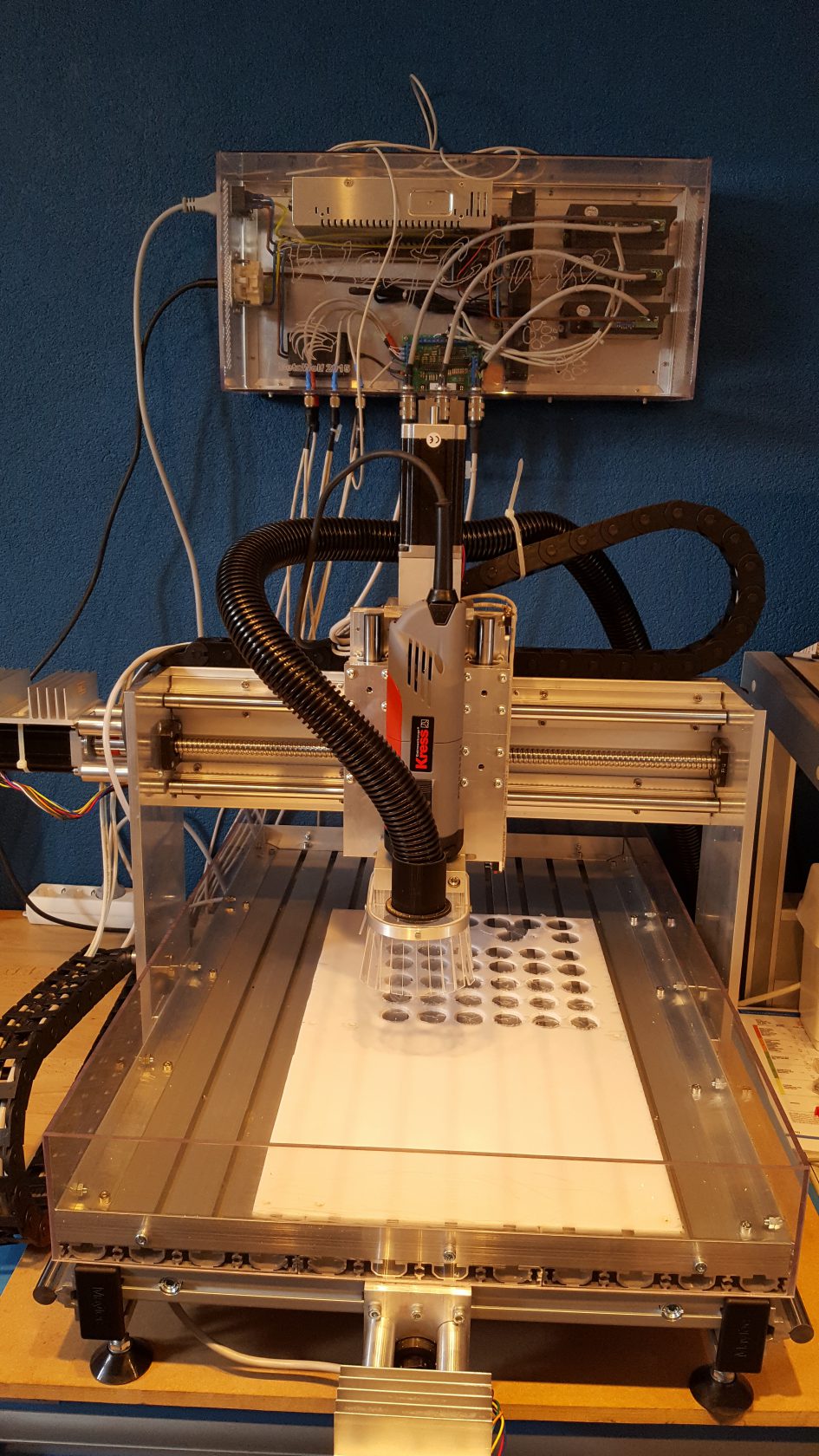 It took me a considerable effort, but it is finally finished … the Wolfclaw CNC machine. It was inspired by Graham Ham from the other side of the globe, who was so kind to place detailed pictures on his site about his build. Many thanks to Graham; also check out his site for the other beautiful things he creates.

The table of my machine was bought as a self designed kit of standard aluminium profiles, but the rest of the parts were all custom made, drilled and screwed together. I initially also created the control PCB that connects the steppers and the end stops to the computer, but in the end decided to go for the safer option of buying a commercial board. This is because my own board showed some bugs and proved not completely reliable. Probably because I used some very old parts in it, which may have had oxidized pins that did not make a good connection. After a night of testing and frustration that cost me a few grey hairs, i was fed up and decided to buy a working board.

I still have to align the machine, but first tests have shown that the deviation of alignment is only 0.5 mm! Considering the ‘amateuristic’ way in which I created the machine, this is not a bad first value. Half a millimeter is something that can easily be corrected with a few shims.

The machine consists of 3 NEMA 23 stepper motors with a 3 Nm torque. I chose to have a double axis to mount hand wheels at a later stage. The steppers are controlled by Leadshine DM556 controllers. Power is provided by a 36V / 8.8A supply and all components are mounted on a 4 mm aluminum plate. I also installed three 60 mm computer fans that I connected in series to be able to use the 36V power supply to feed them. The connection with my PC is made via the parallel port with a CNC4PC C50 board. I use LinuxCNC to send G-code files to the router. I also mounted end stops and made an emergency stop button.

And yes, I promised to also upload the drawings. I will but I have to do some minor corrections before I do. For now, some ‘in construction pictures’…